Irregular Saturn (or just Saturn) is the alias of a Brazilian pixel artist who started making comics from a very early age. It was at the age of six when he produced his first hand-drawn paper comics about Mega Man X (1993). Saturn eventually moved to sprite comics once he discovered online sites where he could download original sprites ripped from the games. He originally envisioned his sprite comic Mega Man X: Unit 49 (2015) as a videogame, but became discouraged by the required skills or means to do this. With the creation of sprite comics in decline, Saturn considered quitting the practice, but in 2014 he was invited to join a sprite comic tournament in Brazil, called Nitrusland Escape Tournament, a fighting competition in which creators make strips with their characters battling other participants. A team of judges selected the best artwork and declared a winner for each round. Saturn won the tournament against more experienced artists, which renewed his energy to carry on with the practice. Sprite comics allowed him to develop the story he wanted to tell while learning useful skills in the process, to such an extent that he has been able to land some professional jobs, such as the creation of backgrounds for the indie game FictionSphere (2019).

The Mega Man franchise has been a popular subject in sprite comics, with original assets and multiple fan-made expansions available through sites such as Sprites-inc.co.uk and DeviantArt. Saturn normally downloads the sprites from these sites and modifies them if the poses he needs are not available. He also creates his own pixel art from scratch for original characters and backgrounds. Assets are composed around a comic layout in Paint.Net with layers reserved for panel images, panel borders, speech bubbles, text, onomatopoeias, watermark and a banner that changes each chapter. For Saturn, this franchise has enormous scope for fan creations due to the multiple unexplored areas of its lore.

My story Mega Man X: Unit 49 is supposed to be a sequel to the last game of the Mega Man X series. To sum it up, this series is about robots who try to protect mankind from rebelling robots (Mavericks) in the 22nd century. It is assumed that all of the Mavericks are infected by an incurable, sentient computer virus, as is usually the case in the games, but in my story the majority of them are rebelling on their own will to make their ideals come true, to get vengeance for injustice by true malice etc. I’ve brought to the lore of the series a perspective that has never been explored: the human government that the protagonists serve. It is composed by people who have flaws, diverging ideologies and goals, and their actions have an impact on the robots who will later rebel. What I aim with this story is to depict morally ambiguous situations where the protagonists (Maverick Hunters) have to take down robots who have valid reasons to be upset and had no choice but to rebel, as well as perceiving that they have been blindly applying the judgement of their human masters without ever questioning them. The main moral conflict will arise when the protagonists have to decide whether to obey the humans or do the right thing, at the risk of being labelled as Mavericks themselves. 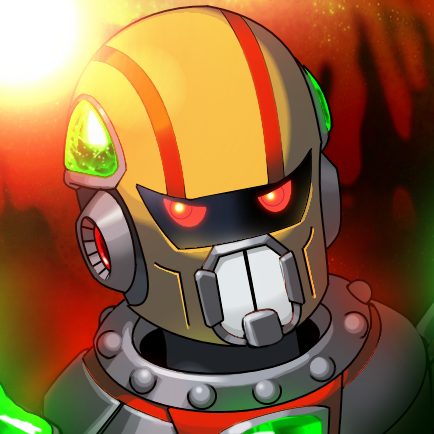 For Saturn, his main motivation for creating Mega Man X: Unit 49 was to fulfil his childhood dream of sharing a story about which he is passionate with as many people as possible, and engage in constructive discussions with his readers, particularly those around the deeper sides of the story.