In-game photography (IGP) is a creative practice consisting of capturing images from and within videogame environments. IGP has also received other names, such as gametography, virtual photography and virtual tourism (although the last two also include taking pictures in other 3D virtual environments, such as virtual worlds). The practice stems from the digital screenshot function in computers, which first became available in the mid-80s as a tool to retain textual and graphic data visible on the computer screen. The screenshot has been widely used in videogames to document gameplay experiences, such as capturing mementos, bugs and victories. As a result of this popularity, an increasing number of players started to approach the screenshot with more artistic aims, attempting to tell stories within the story, transmit emotions and capture the beauty and dangers of these virtual worlds.

Watch it in full resolution in our YouTube Channel.

Back in the day, IGP was mainly performed by using commands and procedures to hide the HUD (heads-up display or user interface elements visible on the screen) in original games and customised modifications (or mods) but, more recently, there have been increasing efforts within the community of practice to develop external camera tools to provide computer-based practitioners with the possibility to suspend gameplay, move the camera freely, adjust their shots with photography-like settings (e.g. depth of field and aperture) and modify environmental conditions (e.g. fog and time of the day). The popularity of IGP is rapidly growing as more games are now equipped with photo modes -internal camera tools available to all players- facilitating the engagement of console-based players in this practice. This exhibition presents works of two console-based artists. The other works come from four computer-based practitioners who make use of in-game/external camera tools and other software to improve graphic performance. The selected 18 artworks were captured within a wide range of videogames and represent different and personal approaches to IGP. 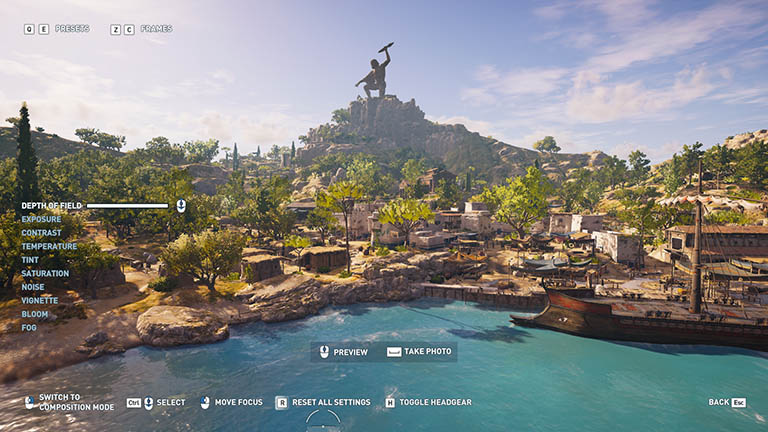 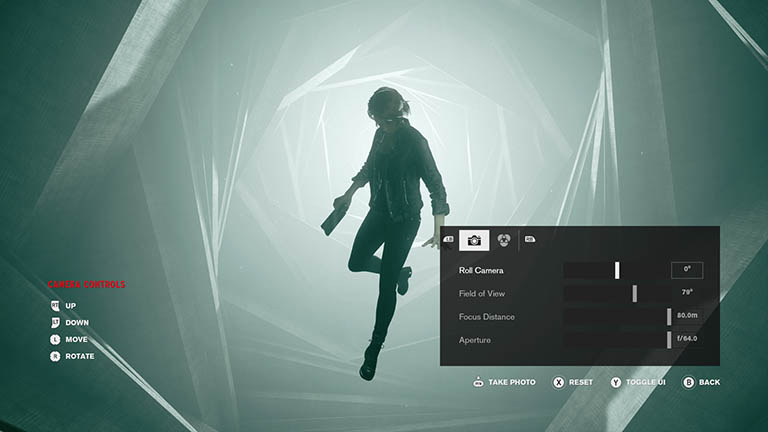 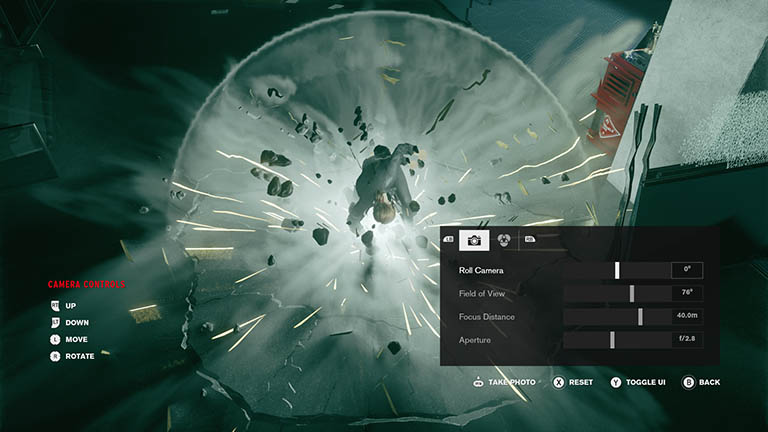 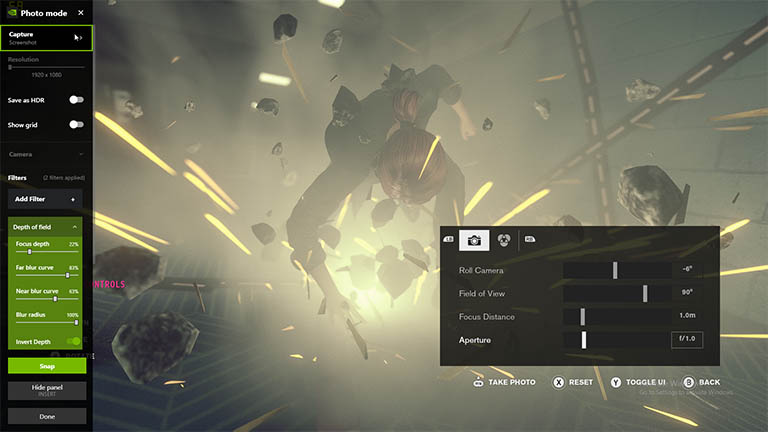